After following the development of this game since it’s Kickstarter campaign a few years ago, Kingdom Come: Deliverance was finally released last month, and it does not disappoint! Being a huge nerd for history, especially medieval history, and even more especially medieval arms and armour, I’ve been wanting a game like this for a long long time.

The game is set in a very specific historical setting, which helps bring more authenticity to the location and details, as something much larger would be too difficult to get right. So the game is set in a small part of Bohemia ( in the modern day Czech Republic), which is within the Holy Roman Empire, in 1403. The game also features a fairly linear narrative and a set player character, which despite being a definite limit on roleplaying potential in some aspects, this too helps the game focus on more details within the freedom it does provide. Really this is one of the main appeals of the game; the details. It sets out to be a very focused experience, and I believe it succeeds in that.

The story itself, while fairly straightforward, has some interesting plot points, and thankfully avoids having the player be some sort of chosen one who saves the world. It’s surprisingly refreshing to start the game as a simple peasant, your only advantage being the son of a skilled blacksmith, so the local lord at least knows of you. Shortly into the game you lose everything, what little you had, and you need to work your way up in society. This aspect of the story really ties in well with the mechanics of the game, and this is where the roleplaying potential comes in nicely. At the start, you have no money and little skill in anything, and the game can really feel like a survival game to begin with due to having fairly harsh injury and hunger systems. On top of this, the combat system can feel very unforgiving early on in the game, and this has caused a lot of frustration with some people. 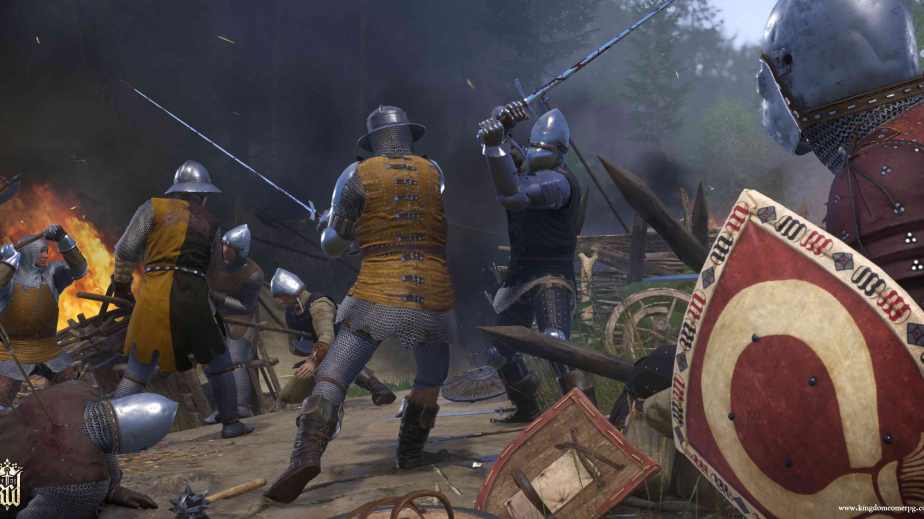 This frustration is understandable, as the combat is very unique and definitely takes some getting used to. I think this only adds to the game, because the combat manages to be quite realistic, and makes you think about how to approach every conflict carefully. Fighting against more than one opponent at a time increases the difficulty exponentially in combat, as unlike most games the enemies do not wait around for their turn, they will flank you and attack in coordination. To counter this you are able to do several things, such as take one enemy out before the fight starts with your bow, although this can be very difficult due to the realism of the archery in the game, you’re going to need to level up your skill to hit anything reliably more than a few paces away. You can also use the terrain to your advantage, such as by causing a bottleneck between rocks or in buildings in order to make your opponents get in each others way. The best way I have found to win fights, is to simply have good and appropriate equipment. This game deals with armour and weapons in one of the most realistic ways I have seen. Armour is worn in layers, allowing you to wear padding, mail and plate all at once, with each contributing a different level of protection. It’s incredibly important to at least have a helmet, as blows to the head are obviously the worst, especially with the games injury mechanics. Once you have a good amount of armour, you can reliably shrug off many attacks that would kill you in one hit, especially against weapons such as swords, which don’t do a lot of damage to armour. Due to the great armour in this game, it is very important that you come prepared with a good anti-armour solution, such as bringing a mace or warhammer as a backup in case you end up fighting some particularly well equipped bandits. Eventually as you level up, and can afford better armour, the combat will become far more manageable, your attack speed and combos will get better, with all the moves being very realistic and based on medieval fencing manuals. 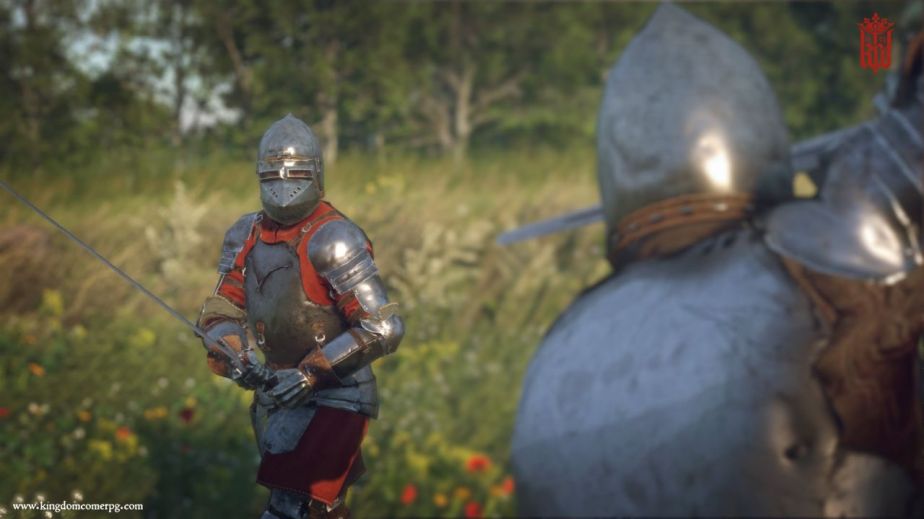 Outside of combat, the game does have a lot to offer. To begin with, the world is beautiful, with some of the most realistic countryside and forests I’ve ever seen in a game. The architecture in the game is amazing, and I can tell that the developers spent a lot of time researching to get the look of the setting just right. You won’t find any grimy bare +grey stone interiors lit by torches in the castles in this game. Instead everything is decorated; whitewashed and painted with murals and colourful patterns, and lit with candles and oil lamps as real medieval buildings were. This is something we don’t seen anywhere near enough of in games or films.

The other gameplay in Kingdom Come relies more on small stories than most other RPGs. There aren’t any monsters for you to get sent out to kill a set amount of here, so they had to come up with something more interesting. You will have plenty of opportunity to go out to fight various enemies, but a large portion of the sidequests involve a lot of investigation, running errands which turn into more elaborate tasks, and meeting various characters and choosing how to converse with them. A lot of these aspects of the game feel very similar to the Witcher 3, and that is a very good thing. Aside from questing, you’ll find a lot of your time taken up with other tasks, from travelling around encountering various random events and groups of bandits, hunting or even poaching, becoming a bandit yourself and attacking other travelers, or thieving with the lockpicking and pickpocketing mechanics, as well as a stealth system that feels like a more sophisticated version of The Elder Scrolls games.

Overall I have to say that this is an amazing game. It’s not for everyone however, as the combat can be tricky and hard to get used to, and the world and story can seem boring to many due to a lack of fantasy elements. But there is a lot to love here, and I’d hope most of you give it a chance. The attention to detail and historical authenticity is exactly how I wanted it to be, and I’d love to see more games in this style for various periods and locations. There’s plenty of games loosely set in historically inspired settings, how about more games that are ACTUALLY historical like this one?