So here we are in 2018, and in light of all that has happened in the year just gone, our first thoughts should be… “what games should I look forward to?”. Well that’s what I’m most concerned about anyway, and that’s exactly what I’ll be doing right here; looking forward to games.

This is quite simply just a personal list of things I’d be interested in, so if you’re looking for big AAA games, then most of them aren’t going to be mentioned here. Instead you’ll find a mix of my slightly niche tastes, including lots of historical and fantasy settings, and strategy and RPG games. After all, what would be the point of making a list of things everybody already knew about? So go ahead and take a look, you might see a few things you hadn’t heard of just below.

Starting with the first thing you should be looking out for. This game is a realistic medieval RPG set in 1403 Bohemia. It’s a story driven game, with you playing as a set character, but the freedom starts from there, allowing you to explore and incredibly detailed world, with every inch designed according to historical research. The gameplay will feature many unique systems, most important of them being the combat, which aims to recreate real martial techniques in a way that is actually playable and fun for a first person perspective. With the concept first taking form in 2009, and since having a hugely successful kickstarter in 2014, as well as some big private investors, this game has been a long time coming, and had a lot of effort and money poured into it. Really hoping this one doesn’t disappoint, and with the consistent dev vlogs they’ve been doing, I can’t really see how they can screw this up! 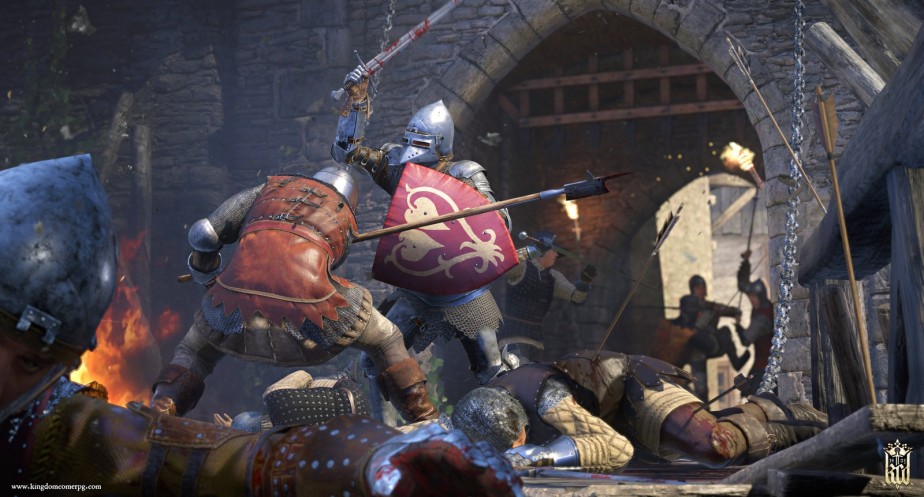 Another historical game, and this time it’s an RTS set in 10th to 12th century. The game features four playable “tribes” Vikings, Anglo-Saxons, Germans, and Slavs, each with unique units and characteristics, and both large and small-scale battles that unfold across a campaign “inspired by historical events and people.” The game does look like it takes some fairly large historical liberties, usually a sticking point for me, but the gameplay looks new and interesting to make up for it, with a seemingly “squad based” style of combat, that is a little smaller scale and seems perfect for raids and skirmishes. The developer doesn’t have the most amazing track record, but they have the publisher 1C Company on board, and they published my favourite WW2 RTS of all time, Men of War, so here’s hoping for the best! The third instalment in the Metro series. If you haven’t played the previous games, then drop everything and get the Metro Redux bundle now! The first two being post-apocalyptic hardcore shooters where you survive the Moscow metro tunnels, Exodus looks to be a bit of a twist, with you emerging from the underground fully to explore more open environments for the first time. Terrifying monsters, hardcore and satisfying shooting mechanics, and glorious visuals await you. As long as the gameplay is as solid as the first two, there’s no going wrong here. 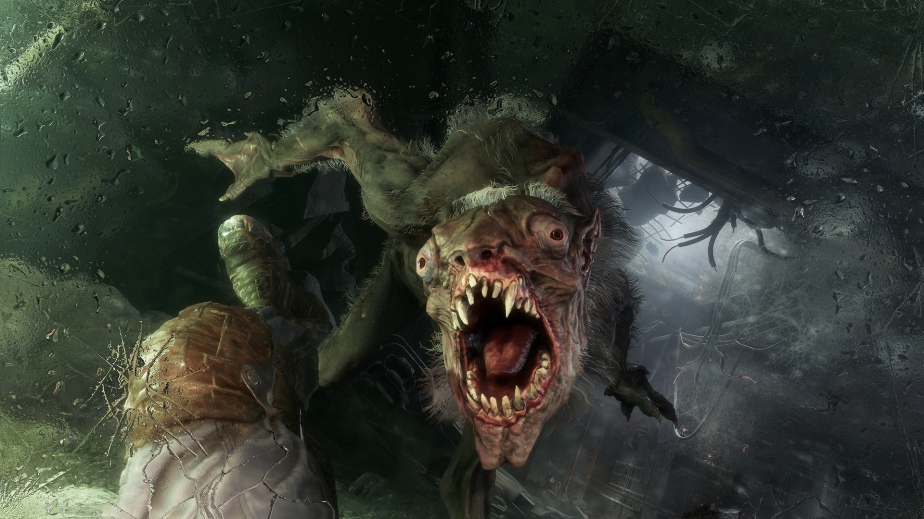 Another shooter, but this time a multiplayer focus in a WW2 setting. There’s been a big resurgence in WW2 games lately, and I’m hoping this turns out to be one of the better ones to come out. It’s a hyper realistic squad based multiplayer shooter, with emphasis on the squad. Literally, this game looks a lot like ‘Squad’ the modern day set FPS that is currently out, and that’s no bad thing, it’s a fantastic game, but only if you want to be a team player, and can deal with a realistic, difficult shooter. This game looks like it has had a lot of effort put in already, and the release date is for Early Access, which I usually avoid, but am more open to in multiplayer games, so there is plenty of work yet to be done. The initial release will be basic infantry combat only, with Americans and Germans, but they want to add vehicles, tons of map variety, and different playable nations as development continues. Looking forward to trying it! 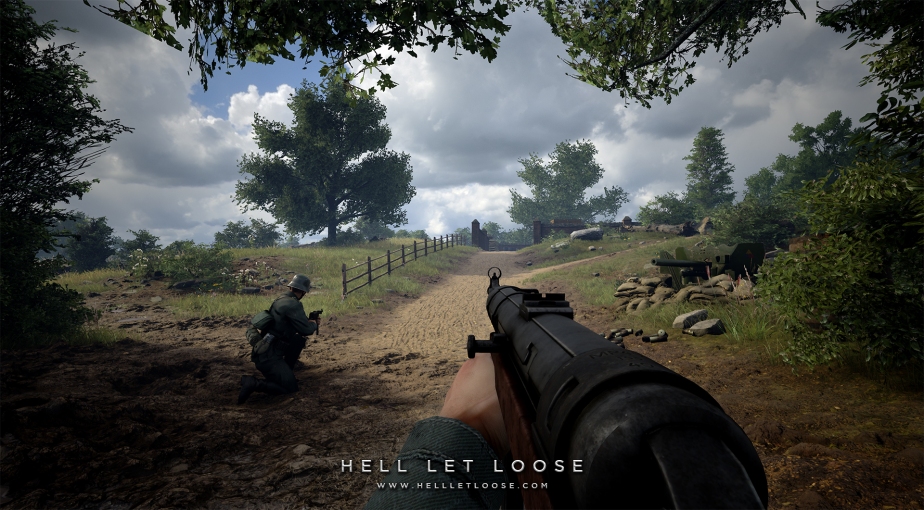 More history! But this time it’s something you don’t see every day; a city builder set in the Stone Age. This game looks pretty amazing, but I really have to hope this small team can manage the big project they’ve set themselves. The game starts off with a nomadic tribe in the Neolithic period, and eventually you will work your way up through the ages to the early Bronze Age, from a small barely surviving encampment, to a thriving city. The game aims to have high level of simulation, and a lot of factors for you to manage, with more being added as you advance. It  seems like it will be pretty innovative and unique, so I’m hoping they pull it off! 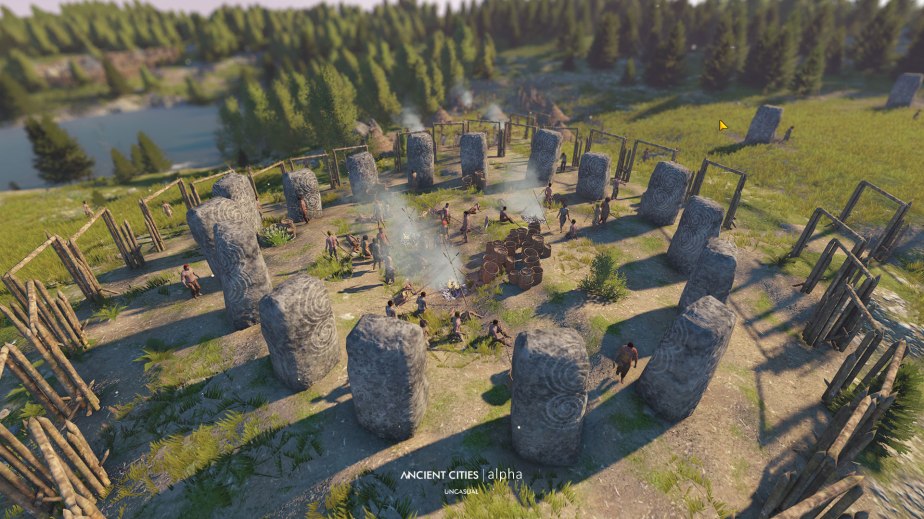 Speaking of the Neolithic, here’s another game set in it! This time it’s just a one man project, but it looks like it’s in scope. Inspired by games like Age of Empires I and Caesar III, this is a more classic style of RTS, with city-building elements. The main thing that catches my eye here is the interesting artsyle. The game will have some features to set it apart from those old strategy games it takes inspiration from though, such as an open world, characters with traits and skills, detailed city planning, and a more fleshed out combat system with formations and morale. It also claims to take some ideas from RimWorld, which you can see in there. And finally, I’ll finish the list of with a hopeful, but not a certain release for 2018. Since announcement in 2012 I’ve been eagerly awaiting the next game in the Mount and Blade series. A series which I randomly picked up, on disc (yes it was a while ago) and immediately fell in love with for its original gameplay, with a mix of RPG and RTS, and more, in a semi realistic medieval fantasy setting, the best melee combat out there, glorious battles and the best sieges in gaming, all despite the horribly dated graphics (even back then) and general lack of polish. Bannerlord looks like more of the same, but with a big helping of that much needed polish added to every layer of the game, as well as enough new features to shake your polishing rag at. I’m really hoping it comes out soon, but the game has been delayed so many times, I just hope it comes out at all and isn’t still unfinished. I can’t help but think that the original M&B was a fluke by Taleworlds, a two person team at the time, and I hope they can catch that lightning in a bottle again. So far the dev logs and trailers make the game look like everything I wish for, so fingers crossed for a quick yet successful release! 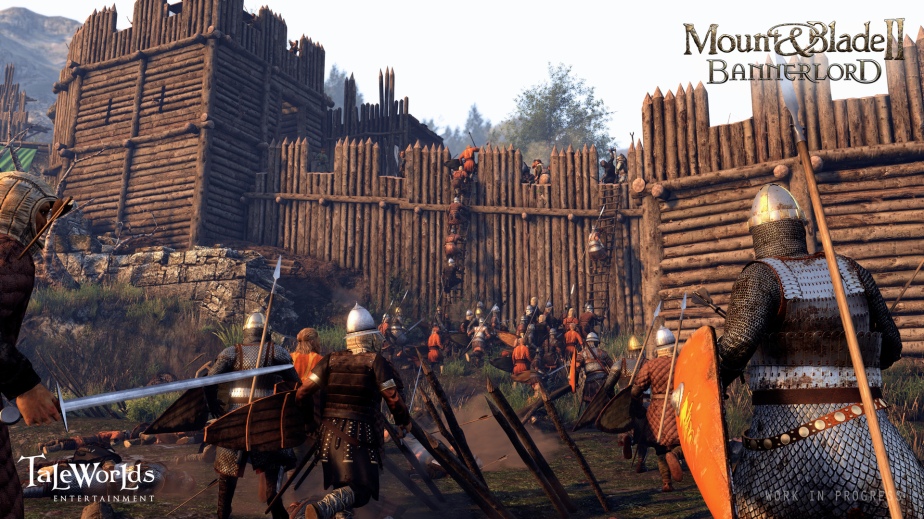